Including Indicators from Arab Barometer in Our Observatory Climate Awareness in the Arab World. Get this plot from figshare.

A new version of the retroharmonize R package – which is working with retrospective, ex post harmonization of survey data – was released yesterday after peer-review on CRAN. It allows us to compare opinion polling data from the Arab Barometer with the Eurobarometer and Afrorbarometer. This is the first version that is released in the rOpenGov community, a community of R package developers on open government data analytics and related topics.

Surveys are the most important data sources in social and economic statistics – they ask people about their lives, their attitudes and self-reported actions, or record data from companies and NGOs. Survey harmonization makes survey data comparable across time and countries. It is very important, because often we do not know without comparison if an indicator value is low or high. If 40% of the people think that climate change is a very serious problem, it does not really tell us much without knowing what percentage of the people answered this question similarly a year ago, or in other parts of the world.

With the help of Ahmed Shabani and Yousef Ibrahim, we created a third case study after the Eurobarometer, and Afrobarometer, about working with the Arab Barometer harmonized survey data files.

Ex ante survey harmonization means that researchers design questionnaires that are asking the same questions with the same survey methodology in repeated, distinct times (waves), or across different countries with carefully harmonized question translations. Ex post harmonizations means that the resulting data has the same variable names, same variable coding, and can be joined into a tidy data frame for joint statistical analysis. While seemingly a simple task, it involves plenty of metadata adjustments, because established survey programs like Eurobarometer, Afrobarometer or Arab Barometer have several decades of history, and several decades of coding practices and file formatting legacy.

In our new Arab Barometer case study, the evaulation of parliamentary elections has the following labels. We code them consistently 1: free_and_fair, 2: some_minor_problems, 3: some_major_problems and 4: not_free.

Of course, this harmonization is essential to get clean results like this:

In our case study, we had three forms of missingness: the respondent did not know the answer, the respondent did not want to answer, and at last, in some cases the respondent was not asked, because the country held no parliamentary elections. While in numerical processing, all these answers must be left out from calculating averages, for example, in a more detailed, categorical analysis they represent very different cases. A high level of refusal to answer may be an indicator of surpressing democratic opinion forming in itself.

Survey harmonization with many countries entails tens of thousands of small data management task, which, unless automatically documented, logged, and created with a reproducible code, is a helplessly error-prone process. We believe that our open-source software will bring many new statistical information to the light, which, while legally open, was never processed due to the large investment needed.

The retroharmonize R package can be freely used, modified and distributed under the GPL-3 license. For the main developer and contributors, see the package homepage. If you use it for your work, please kindly cite it as:

Tutorial to work with the Arab Barometer survey data

For the replication data to report potential issues and improvement suggestions with the code:

We are also experimenting with the automated placement of authoritative and citeable figures and datasets in open repositories. For the climate awareness dataset get the country averages and aggregates from Zenodo, and the plot in jpg or png from figshare. Our plan is to release open data in a modern API with rich descriptive metadata meeting the Dublin Core and DataCite standards, and further administrative metadata for correct coding, joining and further manipulating or data, or for easy import into your database.

Want to help us improve our open data service? Include Lationbarómetro and the Caucasus Barometer in our offering? Join the rOpenGov community of R package developers, an our open collaboration to create the automated data observatories. We are not only looking for developers, but data curators and service design associates, too. 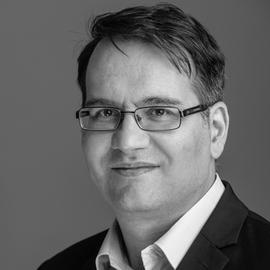